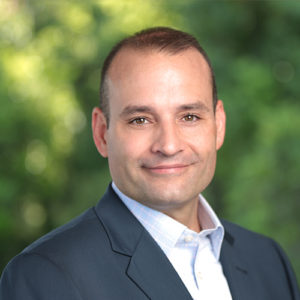 With more than 20 years of experience in the technology, financial staffing, and consulting industries, Bill Peppler, COO is responsible for overseeing operations and developing additional new markets for Kavaliro across the United States. Before coming to Kavaliro, Peppler worked in the Orlando, Seattle and San Diego markets for international staffing and recruiting organizations. He has recruited for clients such as Microsoft, Amazon.com, Boeing and various Fortune 500 customers.

There is no denying the past few years have been a politically and culturally turbulent time in the United States. With powerful movements like #MeToo, #TimesUp, #OscarsSoWhite, and #NeverAgain permeating our society, it’s become quite evident the topic of diversity and inclusion is at the forefront of corporate conversation. Further complicating matters, what seem like instantaneous decisions are truly deeply ingrained unconscious behaviors. Our minds are constantly cross-referencing every person, action, and situation we see against our background, cultural environment, and personal experiences.

In milliseconds, our brain has decided how we feel about something, while regularly omitting the clarity of why we feel that way.

On Tuesday, August 14th, we dug deeper into the inner-workings of our minds with a thought-provoking conversation on Twitter on the impact of unconscious bias with Bill Peppler, COO at Kavaliro.

Now, while the chat may have already concluded, this does not mean you can’t still share your thoughts. We would love to continue to build the conversation, so feel free to reply to any of the questions or answers (every Tweet and image is clickable) at @RIXinsights using the hashtag #RIXtakeover to share your input on the impact of unconscious bias.

We began our Twitter #RIXtakeover by asking, “What does unconscious bias mean to you?”

A1: Unconscious Bias is social stereotypes about particular people that individuals form outside their awareness. #RIXTakeover https://t.co/npXlrzJcVt

Here’s how RIX’s fearless leader and the rest of the Twitter community responded. 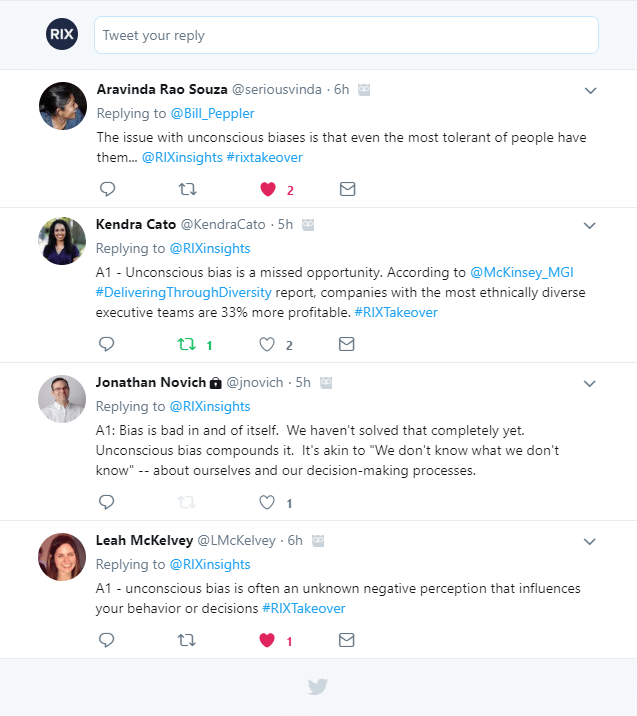 In Q2, we asked, “What are your moments of checking your own initial bias and assumptions of a person or people?”

A2: I have to be aware that everyone has unconscious bias whether they know it or not. It is critical in hiring decisions to identify and be cognizant of the bias. #RIXtakeover https://t.co/oQr4pHqP04

This question stirred up some fantastic responses from a handful of strong female leaders in the staffing industry, including Senior Vice President at Adecco, Lauren Griffin. 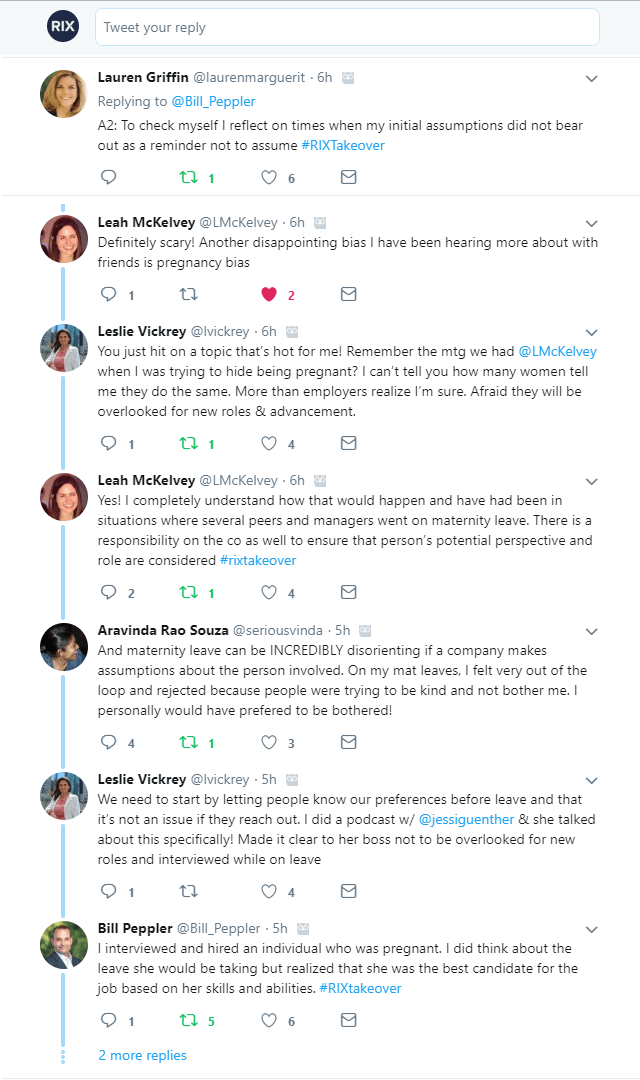 In Q3, we discussed success stories of a time you have helped combat unconscious bias, and we learned that sometimes we form judgments from preconceived societal biases!

A3: I did this with myself here at @Kavaliro We founded a company called FYRE, and the person who came up with the idea was 23 years old. I had to tune out my unconscious bias in thinking he was too young. I hired him, and it was a great decision. #RIXtakeover https://t.co/8fFsI771Ys

@Bill_Peppler @RIXinsights Agreed – also, not assuming that men can't understand something. I used to go into meetings with all men thinking that they would shut me out of the conversation. In reality, they were in many cases welcoming. The bias was on me – not on them. 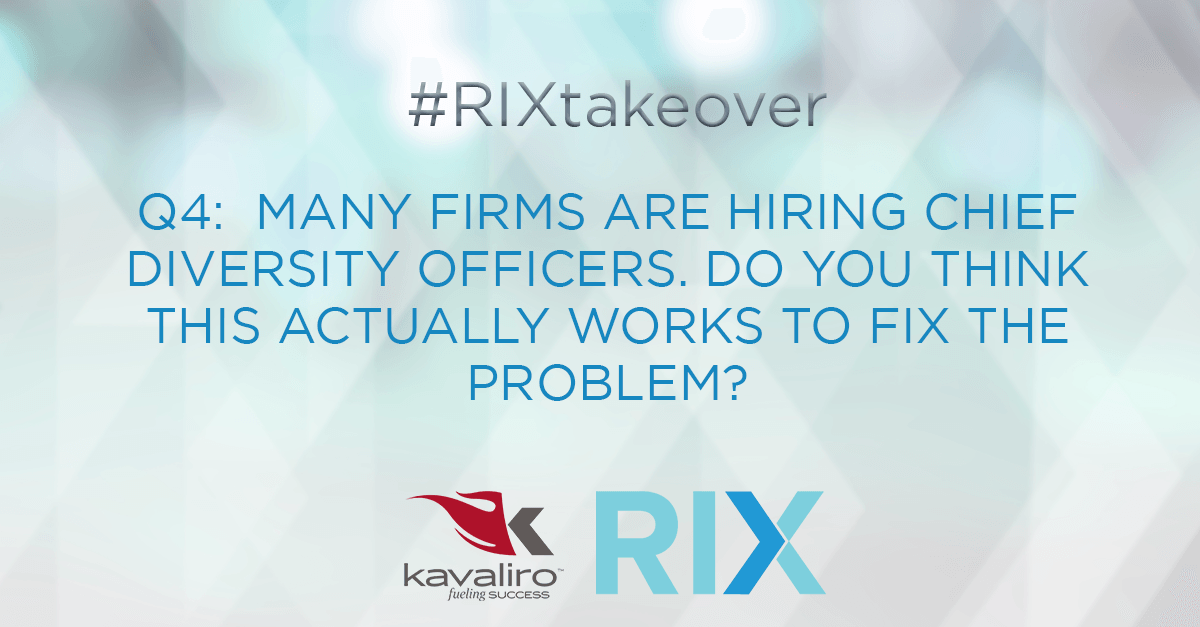 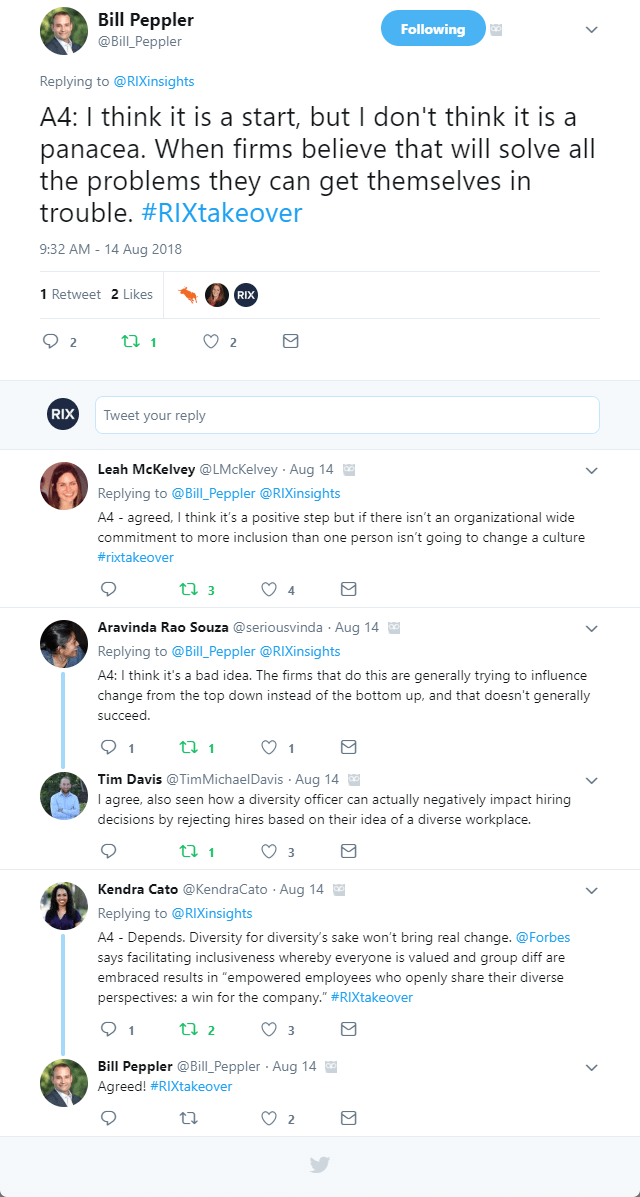 Q5 readdressed a topic many felt passionate about from the A2 answers, asking how you should approach handling a new mother returning to work.

Q5: If a new mother returns to work, is it unconscious bias or benevolence to spare her the stress of business trips for her first year of working motherhood? #RIXtakeover pic.twitter.com/4e9bUUTEJo

Here are some of the best responses from this question. 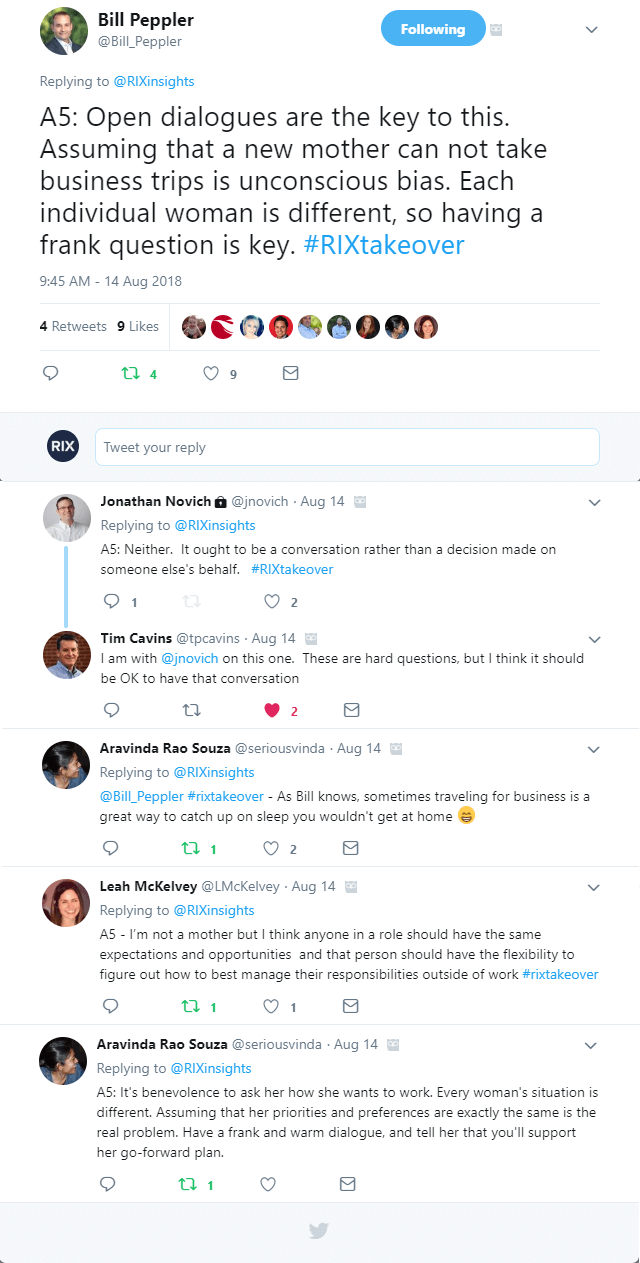 In Q6, we asked how you encourage underrepresented groups to apply for positions. 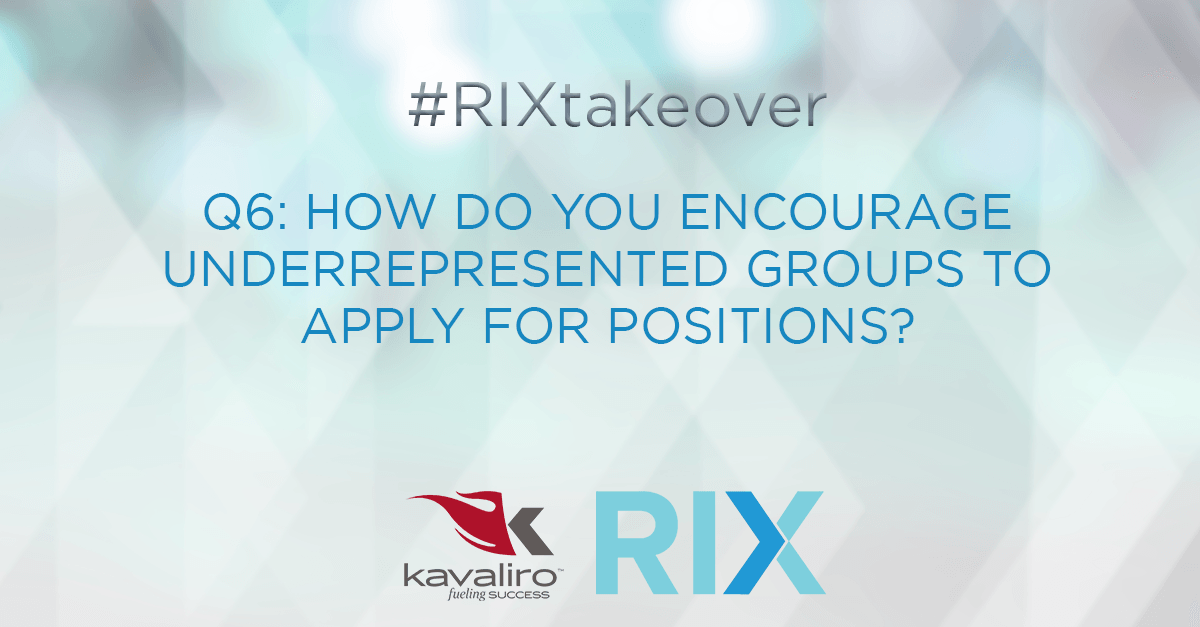 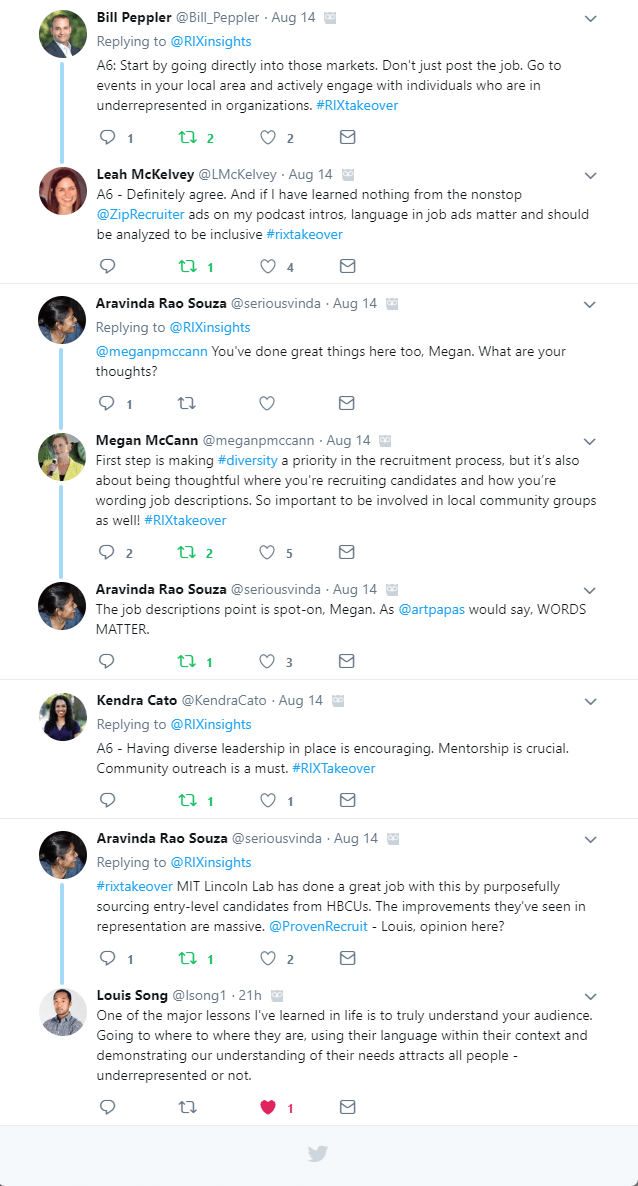 Q7 was quite the loaded question. Can we trust our own perceptions?

Q7: Can we trust our own perceptions? #RIXtakeover pic.twitter.com/pV9eP2JcD8 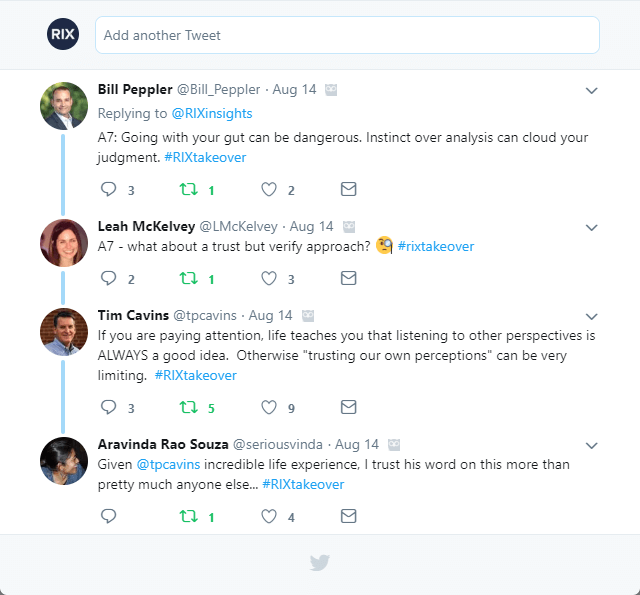 No, having an unconscious bias is part of being human. It is the lack of awareness of bias that can become inherently bad. Some bias can be protective and build safety. #RIXtakeover

The hiring process is one of the most critical moments where we must be cognizant of our unconscious biases. If we fail to do so, we run the possibility of hiring the wrong individual for the position. So Q9 asked, “How can we remove unconscious bias in hiring?”

Q9: How can you remove unconscious bias in hiring? #RIXtakeover pic.twitter.com/b9PxXLYMEn 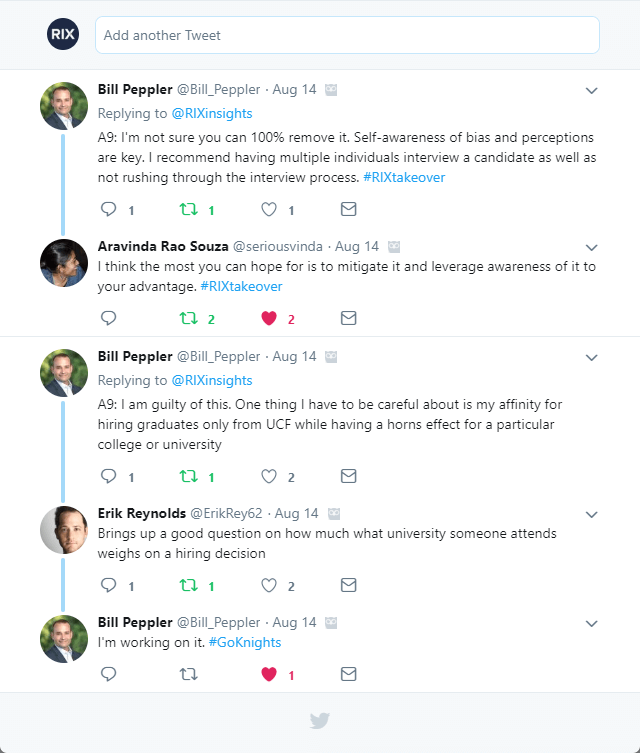 FINAL QUESTION… Q10: Why do you think many anti-bias training programs are not very effective? #RIXtakeover pic.twitter.com/MFVSWE4RDi 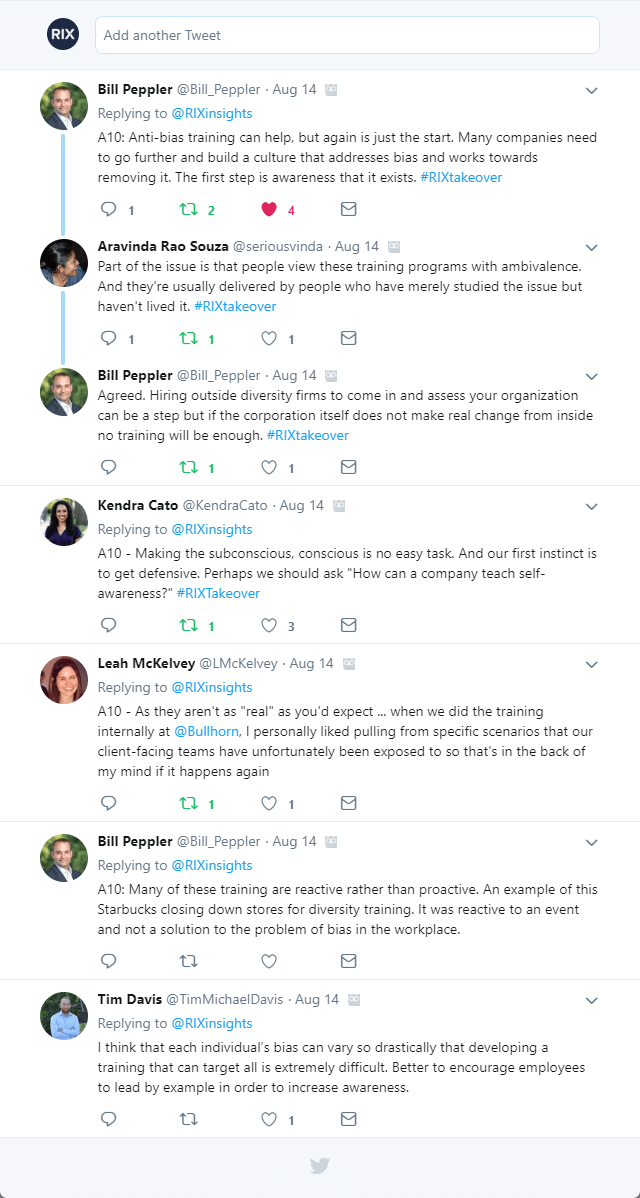 Everyone has their own unique biases, their unintended people preferences, whether we choose to be aware of them or not. There is no antidote for our unconscious biases, but with a little personal self-reflection and awareness of our surroundings, we can certainly take a stab at addressing our judgments before they become liabilities.

Thank you again to Bill Peppler, Kavaliro, and everyone who participated in making our first #RIXtakeover a huge success. We are already looking forward to the next #RIXtakeover opportunity!

The Experts: Richard Earl on Being Human

In Recruiting Top IT Talent, It’s Better to Be Smart than Social