In Recruiting Top IT Talent, It’s Better to Be Smart than Social 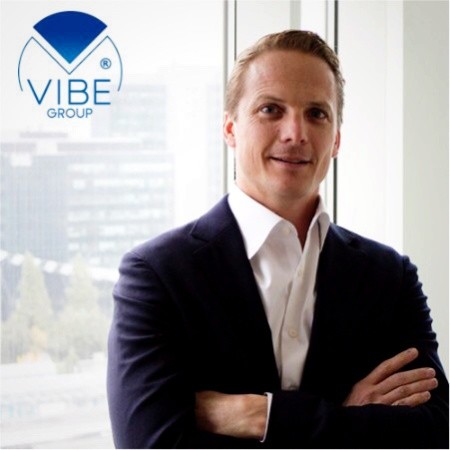 Dennis is the former Director Operations at Vibe Group and currently the Data Program and Project Advisor at Data Coase. Starting off during his study working with a “rent a driver” service, Dennis soon found out that the difference between a good or bad service, greatly depends on the people delivering that service. After having made his first steps in the world of staffing as a sales consultant, he concluded that this theory also applied here.

RIX Editor-in-Chief Vinda Souza recently sat down with Dennis van Weeren of Vibe Group to discuss the intersection of technology and human ingenuity, the global talent shortage and its effects on Mainland Europe STEM recruitment, and what the future holds for gender parity and empowerment of women in the field.

Vinda: Vibe Group focuses exclusively on IT recruitment in the DACH and Benelux region, and these regions naturally navigate some unique challenges and opportunities compared to other markets in the world. Which of these opportunities and challenges weigh most heavily in your mind currently?

Dennis van Weeren: That’s a very big question. There are a couple of topics that get a bit more of my attention, of course, what is always quite interesting is new technologies, and then the second thing, of course, would be the human aspect because recruitment is still a human function in which we connect parties and people, and I think what makes the work we do interesting is the differences between those two worlds. It’s not just about technology, it’s also about people, and that combination makes recruiting very interesting and dynamic.

Vinda: What you’re saying speaks to the intersection between humans and machines. Somewhat incongruently, IT recruitment is considered to be very focused on instant deliverables. There’s always a shortage of skilled talent. There’s a perennial issue with finding and reaching the right candidates. Now one would assume that technology has a huge role to play in making that easier, but do you agree that that’s true?

Dennis van Weeren: Well, theoretically, yes of course. In daily life you see that recruiters would rather speak like other people to their best practices in the way they work today and I think also the demand for rapid results from clients also makes it a very short cycle, so they don’t take much time to think about tomorrow or the day after or the day after. So in a way, I think technology, you would assume, will play a big role in recruitment and will make things easier, but in the day-to-day business its usage is still actually quite limited.

Vinda: What would you say is the single most valuable trait that a recruiter can have in trying to navigate in the IT space?

Vinda: What sort of techniques have you employed, and this can be both technology and just sort of human ingenuity, to find those hidden candidates because demand is high and supply is low?

Dennis van Weeren: Well actually I think one of the best things we did is actually agree upon the reality that we are in a candidate-driven market at the moment so everything we do is focused on appealing to new candidates. For example, every brand of ours has a monthly meet-up where we invite candidates to join a very interesting program where they get to know each other, have something to drink, have a good bite to eat, and be there in real life with one another, and it works very well for us.

If you look at the ingenuity of our staff, we’ve done several things to stand out with candidates. Our recruiters adjust their time schedules to reach candidates at the most intelligent times – the times when candidates are actually available to speak and comfortable speaking, such as after office hours and in the evenings. As a result, our recruiters ultimately work till 8 o’clock or 8:30 in the evening, because that is when they can reach candidates, instead of calling them during the work day when their supervisors can hear them on the phone.

Vinda: With that in mind, obviously IT candidates everywhere in the world are in such high demand that they can make certain demands that other candidates may not have the power to ask for. What is the most important draw in attracting top IT talent? What are they looking for? Is it still completely about salary? What else are they looking for that is really making the difference?

Dennis van Weeren: Well that depends potentially on which part of the IT market you are looking at because if you look at Java developers, for instance, it’s often a relatively young group of professionals, and they’re often asking us, “I’d rather work at a game company or something that has to be very cool.” So if you offer them a job at a traditional finance company, the developers may not think such companies are sexy enough, even if the salary is great. Most often it’s not just about the salary, which is often quite good for their age and their experience, but about wanting the best job to work on which looks good on their track record, jobs that are challenging and exciting to them, and those that present an intellectual stretch.

Vinda: Does that affect the type of recruiters you hire?

Dennis van Weeren: Yes, it sure does. I’ve worked for Vibe Group now for two years, so that’s two years of IT recruitment experience and you start to see that the consultants that are more knowledgeable about IT and engaged with it are starting to perform better and it’s not just the sales guys who have the best odds on this one. So two years ago it was a lot about, and it still is about, completing deals and being very commercial, but the consultants that perform the best are often the consultants who have the best engagement with the candidates because they’re a little nerdy themselves. Their sales processes are sometimes horrible, and they keep on trembling and shaking when they need to close deals, but the candidates are so good that the clients are actually okay with that.

Vinda: Now Dennis, I know the answer to this when it comes to the United States, and I’m optimistic that it’s different in Europe, but I’m also realistic that it’s probably not. What’s the gender and ethnic breakdown that you’re seeing in the IT talent space because over here it is almost uniformly male?

Dennis van Weeren: If you look at the candidates, it’s still often males, few females. Which is probably not any different than the U.S., but if you look at the recruiter side, I’ve actually seen in the last one and a half years that we’ve hired a lot of female recruiters who are doing very well. It’s not a 50/50 split yet, but it’s starting to look more natural. We’re looking at about a 60/40 male-to-female percentage of recruiters now.

Vinda: What are some of the challenges that you’re running into right now as far as just working in European recruitment versus other countries in the world? Obviously, in the U.S. there have been tremendous political changes in the past few years; what are the primary challenges you’re seeing economically and legislatively?

Dennis van Weeren: I think the biggest challenge we’re facing at the moment is a shortage of qualified workers. Everyone is finding it tough to hire enough sales talent or enough recruiters. That’s actually the only thing that is capping our growth at the moment, of course, GDPR had some impact on our data handling and candidate privacy, but that was mainly a technical issue and we had to change some minor rules, but nothing massive for us. Now it’s really just being able to hire enough sales talent.

Vinda: That’s interesting because I would have expected it to be something more pronounced. Speaking of GDPR, did that have much of an impact on your business?

Dennis van Weeren: I think it was a headache for four months or something, but no – it didn’t have much of an impact on us – and that’s for two reasons. One of the reasons is that I look at the way my team integrated GDPR into our systems and our daily workflow, they did a very good job in limiting the effect on sales consultants, so they weren’t hassled much by it. And if you look at the second reason it’s that we are a relatively young company with a lot of SaaS services, so technically there wasn’t much of a hassle because the way we approach our market has always been more candidate driven and we’ve always taken a “cherry-picking” approach, always looking for the best IT talent and we have always prioritised their privacy and data security. So if you look at what GDPR mandated from that perspective, it’s wasn’t any different from the way we already did business.

Vinda: So the people who are already the A+ students didn’t really have to change the way they operated.

Dennis van Weeren: No, no, thank goodness, because they were already used to asking the candidate, “Can I introduce you to this client, or to this client? Is there a reason not to introduce you there?” So we’ve always had an open visor on that one, so the steps toward GDPR were not that big on our part. It was mainly about fine-tuning the processes and of course, we incorporated some extra security measures not necessarily for GDPR but because it was a best practice for my team to put them through anyway at that point.

Vinda: For a technologist, what sort of technology that’s currently making waves in the recruitment space do you think is overhyped?

Dennis van Weeren: I’m a huge technology and gadget fan, and I think all the technologies are a bit overhyped because they don’t come together yet in one platform. So they aren’t connected and are often very loosely aligned which on itself looks promising, but because these one-off technologies are not integrated into our systems or into our daily lives, they don’t perform brilliantly yet. Now, there are a lot of things that look promising; I demonstrated a system that analyses microexpressions in videos, for example. That looks and sounds very promising, but it would be very difficult to integrate with other systems, for example. So on its own, it looks very promising, but it’s a bit overhyped because as long as it doesn’t communicate with other systems, it’s not going to work for hundreds of other recruiters and it’s not of much help.

Dennis van Weeren: Yes, facial micro-expressions and it sort of gives you hints on where the conversation is going. “Am I doing well? Is this a buying signal? Is this a selling signal?” So the idea itself is fantastic, of course, but as long as it’s not integrated with your ATS system it will just be another loose application to handle.

Vinda: When it comes to perfect technology or the recruiter who has the stronger relationship-building ability, what would you rather have?

Dennis van Weeren: I would rather have the strongest technology to help the not-so-good recruiter become great because that’s scalable.

Vinda: Dennis, thank you so much for your time. Are you coming to Engage London this year?

Take It from The Top: Episode 15 – Lyndsey Simpson and Leah McKelvey