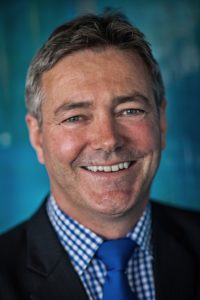 Gerard Hughes is Head of IT of the Peoplebank Group, Asia Pacific’s leading IT & digital recruitment company. Peoplebank has been specialising in the permanent and contract placement of IT professionals since 1990, with offices across Australia, Hong Kong & Singapore, over $600 million in annual revenue, and more than 4,500 contractors in the field and 600 permanent placements each year. Gerard has been involved in the recruitment industry for almost 20 years, having joined Peoplebank in 1999 when it was still a small boutique business. He has been closely connected with the growth of Peoplebank, guiding the business’s technological evolution as it has expanded through multiple acquisitions, mergers and organic growth. Peoplebank is now part of the Recruit Group, a $13 billion global information services business. Gerard is responsible for the strategic technology leadership of the Peoplebank Group, driving continual improvement of the business through innovations in applications and recruitment systems, infrastructure, network, cloud services, and security solutions. Prior to working at Peoplebank Gerard held positions at The UK Foreign Office in Brussels, the European Commission in London, and IBM in Sydney. He has a Bachelor of Mathematics with Computer Science degree, and studied Master of Business and Technology at UTS Sydney.